UNITED NATIONS (AP) _ A senior U.N. environmental official says entire nations could be wiped off the face of the Earth by rising sea levels if the global warming trend is not reversed by the year 2000.

He said governments have a 10-year window of opportunity to solve the greenhouse effect before it goes beyond human control.

As the warming melts polar icecaps, ocean levels will rise by up to three feet, enough to cover the Maldives and other flat island nations, Brown told The Associated Press in an interview on Wednesday.

Coastal regions will be inundated; one-sixth of Bangladesh could be flooded, displacing a fourth of its 90 million people. A fifth of Egypt’s arable land in the Nile Delta would be flooded, cutting off its food supply, according to a joint UNEP and U.S. Environmental Protection Agency study.

″Ecological refugees will become a major concern, and what’s worse is you may find that people can move to drier ground, but the soils and the natural resources may not support life. Africa doesn’t have to worry about land, but would you want to live in the Sahara?″ he said.

UNEP estimates it would cost the United States at least $100 billion to protect its east coast alone.

Shifting climate patterns would bring back 1930s Dust Bowl conditions to Canadian and U.S. wheatlands, while the Soviet Union could reap bumper crops if it adapts its agriculture in time, according to a study by UNEP and the International Institute for Applied Systems Analysis.

Excess carbon dioxide is pouring into the atmosphere because of humanity’s use of fossil fuels and burning of rain forests, the study says. The atmosphere is retaining more heat than it radiates, much like a greenhouse.

The most conservative scientific estimate that the Earth’s temperature will rise 1 to 7 degrees in the next 30 years, said Brown.

The difference may seem slight, he said, but the planet is only 9 degrees warmer now than during the 8,000-year Ice Age that ended 10,000 years ago.

Brown said if the warming trend continues, ″the question is will we be able to reverse the process in time? We say that within the next 10 years, given the present loads that the atmosphere has to bear, we have an opportunity to start the stabilizing process.″

He said even the most conservative scientists ″already tell us there’s nothing we can do now to stop a … change″ of about 3 degrees.

″Anything beyond that, and we have to start thinking about the significant rise of the sea levels … we can expect more ferocious storms, hurricanes, wind shear, dust erosion.″

He said there is time to act, but there is no time to waste.

UNEP is working toward forming a scientific plan of action by the end of 1990, and the adoption of a global climate treaty by 1992. In May, delegates from 103 nations met in Nairobi, Kenya – where UNEP is based – and decided to open negotiations on the treaty next year.

Nations will be asked to reduce the use of fossil fuels, cut the emission of carbon dioxide and other greenhouse gases such as methane and fluorocarbons, and preserve the rain forests.

″We have no clear idea about the ecological minimum of green space that the planet needs to function effectively. What we do know is that we are destroying the tropical rain forest at the rate of 50 acres a minute, about one football field per second,″ said Brown.

Each acre of rain forest can store 100 tons of carbon dioxide and reprocess it into oxygen.

Brown suggested that compensating Brazil, Indonesia and Kenya for preserving rain forests may be necessary.

The European Community is talking about a half-cent levy on each kilowatt- hour of fossil fuels to raise $55 million a year to protect the rain forests, and other direct subsidies may be possible, he said.

The treaty could also call for improved energy efficiency, increasing conservation, and for developed nations to transfer technology to Third World nations to help them save energy and cut greenhouse gas emissions, said Brown.

Believe it or not, back in 1989 the United Nations warned: “entire nations could be wiped off the face of the Earth by rising sea levels if the global warming trend is not reversed by the year 2000.” It really is astonishing how such absurd forecasts were made 29 years ago to start this whole crazy belief in Global Warming and how the threat would be rising sea levels all created by us driving to work. The rhetoric continues relentlessly with every storm now being blamed on Global Warming.

The 2000 Presidential Election came and Al Gore made Global Warming a campaign issue. In August 2000, Gore announced that he had selected Senator Joe Lieberman of Connecticut as his vice presidential running mate. Then in 2007 Al Gore still kept preaching Global Warming and declared we reached a dangerous ­climate “tipping point”, he warned in his 2007 book Assault on Reason.

There have been critics who rarely are ever heard. Yet to this day, the press blames each and every storm on a theory that has never been proven to be even plausible. Nonetheless, they then turn Global Warming into a political weapon against Trump. The headline in the Washington Post: “Yes you can blame President Trump for Hurricane Florence.” So the implication is if Hillary had been president, there would be no more storms, which by the way has never existed even before humans walked the planet.

Nobody is ever held accountable for their forecasts that are NEVER correct!

[video:] mom’s surgery is conditioned with jab… blood clots… and now they cant do the surgery anyway 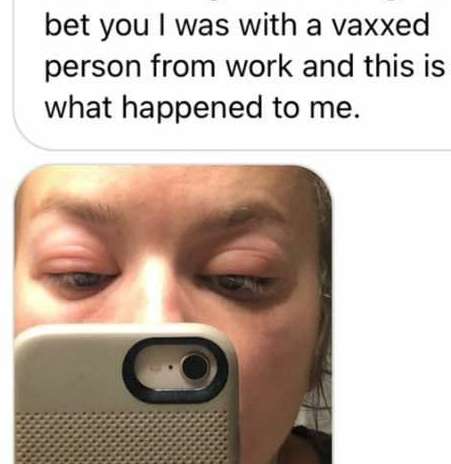 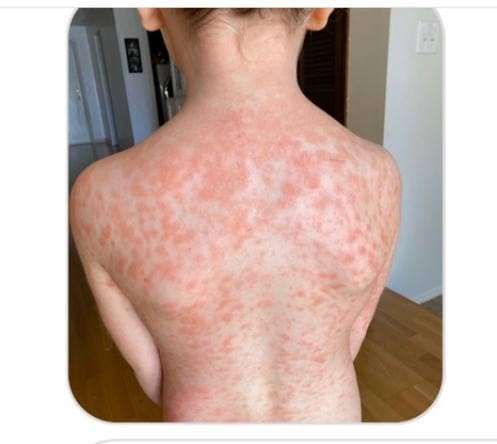 4-week baby of a vaxed mom, get rashes