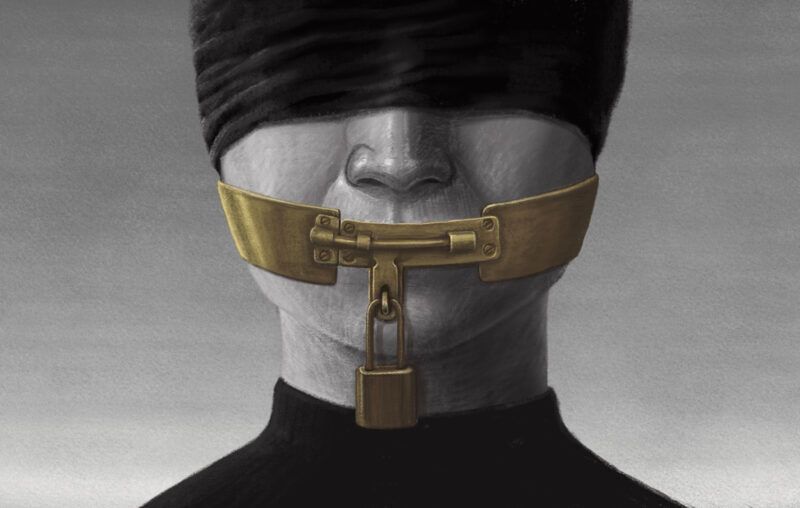 (source) Many consider Vasily Grossman’s Life and Fate to be the greatest Russian novel of the 20th century. As a war correspondent, Grossman was noted for his bravery. Grossman was on the frontlines during the defense of Moscow and the battle for Stalingrad. Grossman was there too, at the aftermath of Babi Yar and Treblinka.

Robert Chandler is Grossman’s translator. Chandler traces the emergence of a powerful voice against totalitarianism to Grossman’s early novels.

Chandler writes that “in 1932 [the writer Maxim] Gorky criticized a [Grossman] draft for ‘naturalism’ – a Soviet code word for presenting too much unpalatable reality.” Gorky suggested to Grossman that “The author should ask himself: ‘Why am I writing? Which truth am I confirming? Which truth do I wish to triumph?’”

The “truth” Gorky is referring to is, of course, the belief that Stalin’s brand of communism is the supreme way to organize society.

By 1938, Grossman had written stories about Stalin’s purges, the constant arrests, and denunciations that terrorized Soviet society. Those stories were not published until the 1960s.

Important for readers today, Life and Fate exposes the mindset that justifies the distortion of truth and the suppression of alternative views to serve totalitarian ends.

In 1960, Grossman believed that under Khrushchev, Life and Fate could be published. He was wrong. Chandler reports, “In February 1961, three KGB officers came to the flat to confiscate the manuscript and any other related material, even carbon paper and typing ribbons. This is one of only two occasions when the Soviet authorities ‘arrested’ a book rather than a person; no other book, apart from The Gulag Archipelago, was ever considered so dangerous.”

In Life and Fate, Grossman reveals the thinking of censors who justified hiding reality by their omissions and bending truth with their lies.

In Life and Fate, the character Sagaydak works in the propaganda department of the Ukrainian Central Committee and is an editor of one of Kiev’s newspapers. The censor’s mindset is revealed as Sagaydak “considered that the aim of his newspaper was to educate the reader – not indiscriminately to disseminate chaotic information about all kinds of probably fortuitous events.”

Grossman reveals the censor’s justification for passing over information and events that do not support the official narrative:

“In his role as editor Sagaydak might consider it appropriate to pass over some event: a very bad harvest, an ideologically inconsistent poem, a formalist painting, an outbreak of foot-and-mouth disease, an earthquake, or the destruction of a battleship. He might prefer to close his eyes to a terrible fire in a mine or a tidal wave that had swept thousands of people off the face of the earth. In his view these events had no meaning and he saw no reason why he should bring them to the notice of readers, journalists and writers. Sometimes he would have to give his own explanation of an event; this was often boldly original and entirely contradictory to ordinary ways of thought. He himself felt that his power, his skill and experience as an editor were revealed by his ability to bring to the consciousness of his readers only those ideas that were necessary and of true educational benefit.”

If omissions aren’t enough to hide reality, then censors resort to outright lies:

“When flagrant excesses occurred during the period of out-and-out collectivization, Sagaydak… wrote that the reason for the famine of this period was that the kulaks were burying their grain and refusing to eat, that whole villages – little children, old people and all – were dying, simply to spite the State. At the same time he included material about how the children in kolkhoz crèches were fed chicken broth, pirozhki and rissoles made from rice. In reality they were withering away, their bellies distended.”

American journalists increasingly mirror the mindset of Sagaydak. Last October, Twitter and the mainstream media censored the New York Post’s reports of Hunter Biden’s business dealings with Ukraine. The managing editor of National Public Radio, Terence Samuel, channeled Grossman’s Sagaydak, saying, “We don’t want to waste our time on stories that are not really stories, and we don’t want to waste the listeners’ and readers’ time on stories that are just pure distractions. And quite frankly, that’s where we ended up, this was … a politically driven event and we decided to treat it that way.”

Sagaydak’s mindset lives in the heart of every apologist for authoritarian government.

Censors Believe Only the Official Covid-19 Narrative Should be Allowed

The Hoover Institution’s Dr. Scott Atlas has been one of the early heroic counter voices to the Covid-19 orthodoxy. Atlas had already been condemned by Stanford’s faculty for his crime of promoting “a view of Covid-19 that contradicts medical science,” when Friedman attacked Atlas as one of the “rogue physicians” who needs to be stopped:

“When doctors use the language and authority of their profession to promote false medical information, they are not simply expressing their own misguided opinions. Rather, they have crossed the line from free speech to medical practice — or, in this case, something akin to malpractice.”

Friedman considers the obvious question of what constitutes “accepted medical standards.” He allows, “Since medicine is not an exact science, reasonable minds can and should differ about the optimal treatment for a given medical disorder.”

“Can and should differ” apparently is only for trivial differences of opinion. According to Friedman, doctors crossed the line to malpractice when, for example, they advocated the use of hydroxychloroquine as a treatment. For Friedman, optimal treatment for Covid-19 is not a topic about which reasonable minds can and should differ.

For speaking openly, Friedman advocates revocation of a doctor’s license: “Doctors who provide outrageous advice that is far outside the bounds of accepted standards should be investigated by their state board and subjected to sanctions, including revocation of their medical licenses.”

Dr. Friedman is sure the science is settled. All alternative views are called out as “outrageous advice,” “pseudoscience,” and “quack theories.” Yet, the most basic policy prescriptions of the Covid-19 orthodoxy, lockdowns and mask mandates, are at the very least questionable. In some instances, statistical conventions have been abandoned so that results conform with the Covid-19 orthodoxy.

Dr Friedman’s tautological logic—anything that goes against the official narrative is dangerously wrong—again echoes Grossman’s portrayal of the censor’s mindset in Life and Fate. Ideological purity, not science, is what matters.

Friedman is sure ideological purity to the official narrative is the way forward. Yet, attacks like Friedman’s set back scientific progress.

Were Friedman to destroy the careers of others, he would claim to be serving a noble purpose. Calling for the removal of critics from your profession and ignoring the economic and social consequences of the policies you advocate is behavior worthy of authoritarians.

Censor Government, Not the People

Recently congressional representative Alexandria Ocasio-Cortez said her “her colleagues in Congress were discussing ‘how we rein in our media environment so that you can’t just spew disinformation and misinformation.’” AOC has it backwards; it is the government, not individuals, whose actions should be carefully examined.

In my essay, How Government Cures Drive Out Real Cures, I explained how bad information prevails only when government elevates official views into “legal tender.”

No one demands censorship of the flat earth society because there is no possibility that flat earthers bring anything but ridicule to themselves. When Dr. Atlas and others find audiences for their views, it is precisely because the narrative elevated to the one truth is flawed.

In Life and Fate, Grossman reveals how hard it is to withstand the pressures to conform under a totalitarian regime. In America today, with many being denounced for the views they hold, many feel pressure to comply with and adopt official narratives.

The character Getmanov is a commissar judging ideological purity. “His word could decide the fate of a head of a university department, an engineer, a bank manager, a chairman.” Grossman explains:

“The power of a Party leader does not require the talent of a scientist or the gift of a writer. It is something higher than any talent or gift. Getmanov’s guiding word was anxiously awaited by hundreds of singers, writers and scientific researchers – though Getmanov himself was not only unable to sing, play the piano or direct a theatrical production, but incapable even of truly understanding a work of science, poetry, music or painting . . . The power of his word lay in the fact that the Party had entrusted him with its own interests in the area of art and culture.”

What Grossman revealed about Getmanov’s mindset is unsettling: “Every decision made had to be infused with the spirit of the Party and be conducive to its interests.” Getmanov renounced his personal sympathies to resolve conflict with his Party leadership role:

“The attitude of a Party leader to any matter, to any film, to any book, had to be infused with the spirit of the Party; however difficult it might be, he had to immediately renounce a favourite book or a customary way of behaviour if the interests of the Party should conflict with his personal sympathies. But Getmanov knew that there was a still higher form of Party spirit: a true Party leader simply didn’t have personal likings or inclinations; he loved something only because, and only in so far as, it expressed the spirit of the Party.”

America is not a totalitarian society. Yet many feel pressures to bend their mind to serve the government’s narrative. Self-censorship manifests when reasonable minds no longer express their differences. As authoritarian roots sink deeper into American society, the consequences are dire. As Grossman warns, “Then life itself must suffocate.”

One thought on “A Soviet Dissident Explains American Censorship”

PCR test revelations from official literature; they expose their own lies 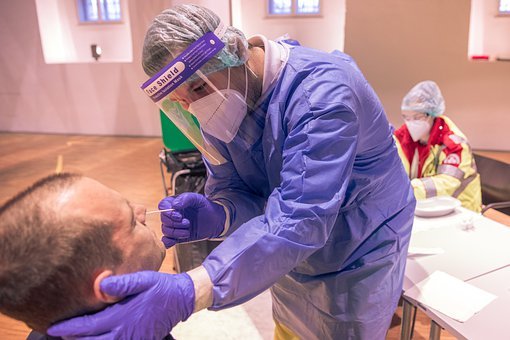 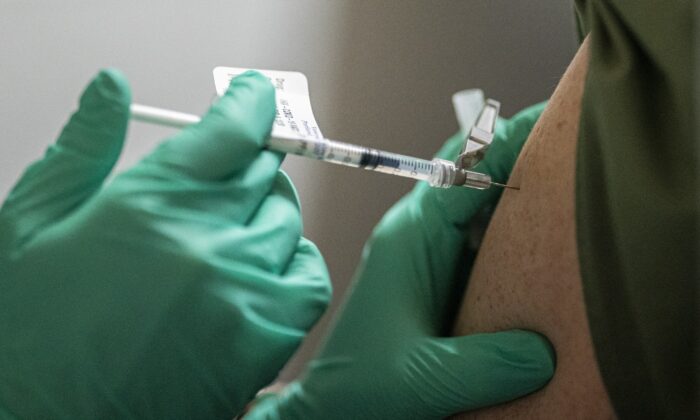 During Lockdown, Vaccine Rates Dropped … So Did the Number of SIDS Deaths and Spontaneous Abortions 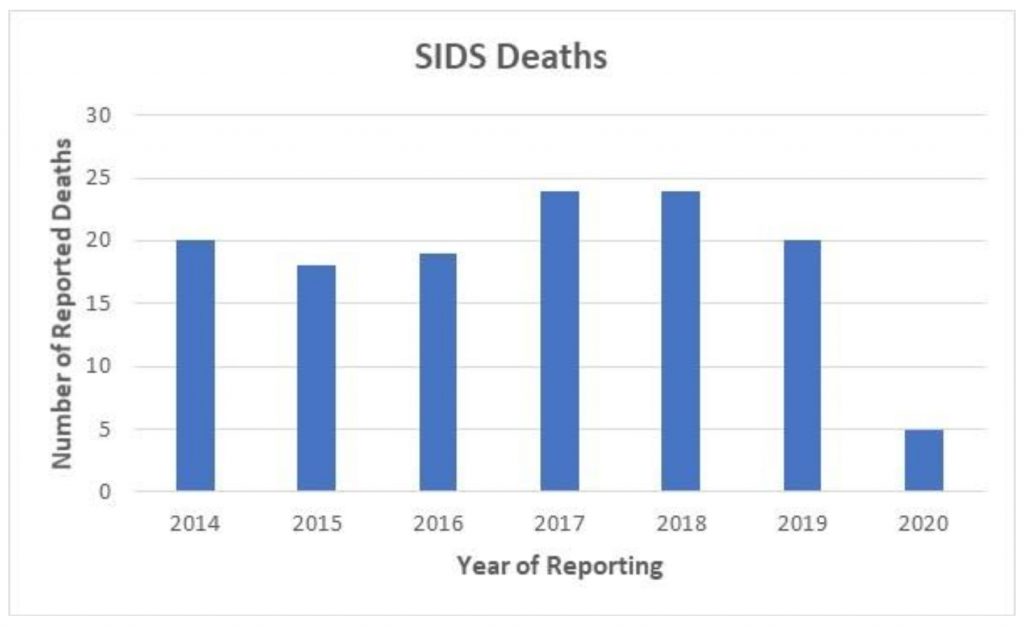 Confessions of a Deprogrammed Trump Supporter 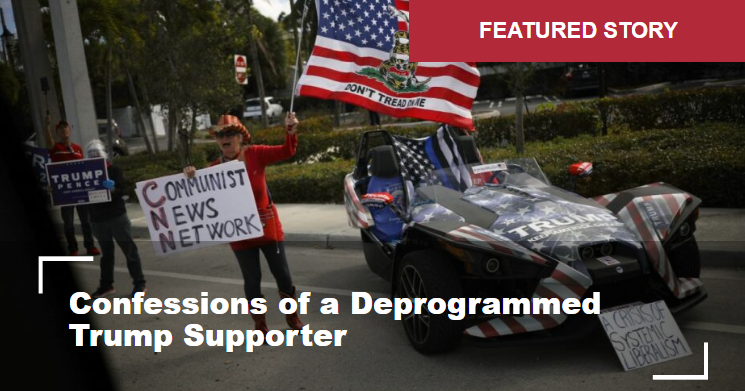